New Aarhus 2017-report: Collaboration across the region was the most valuable output 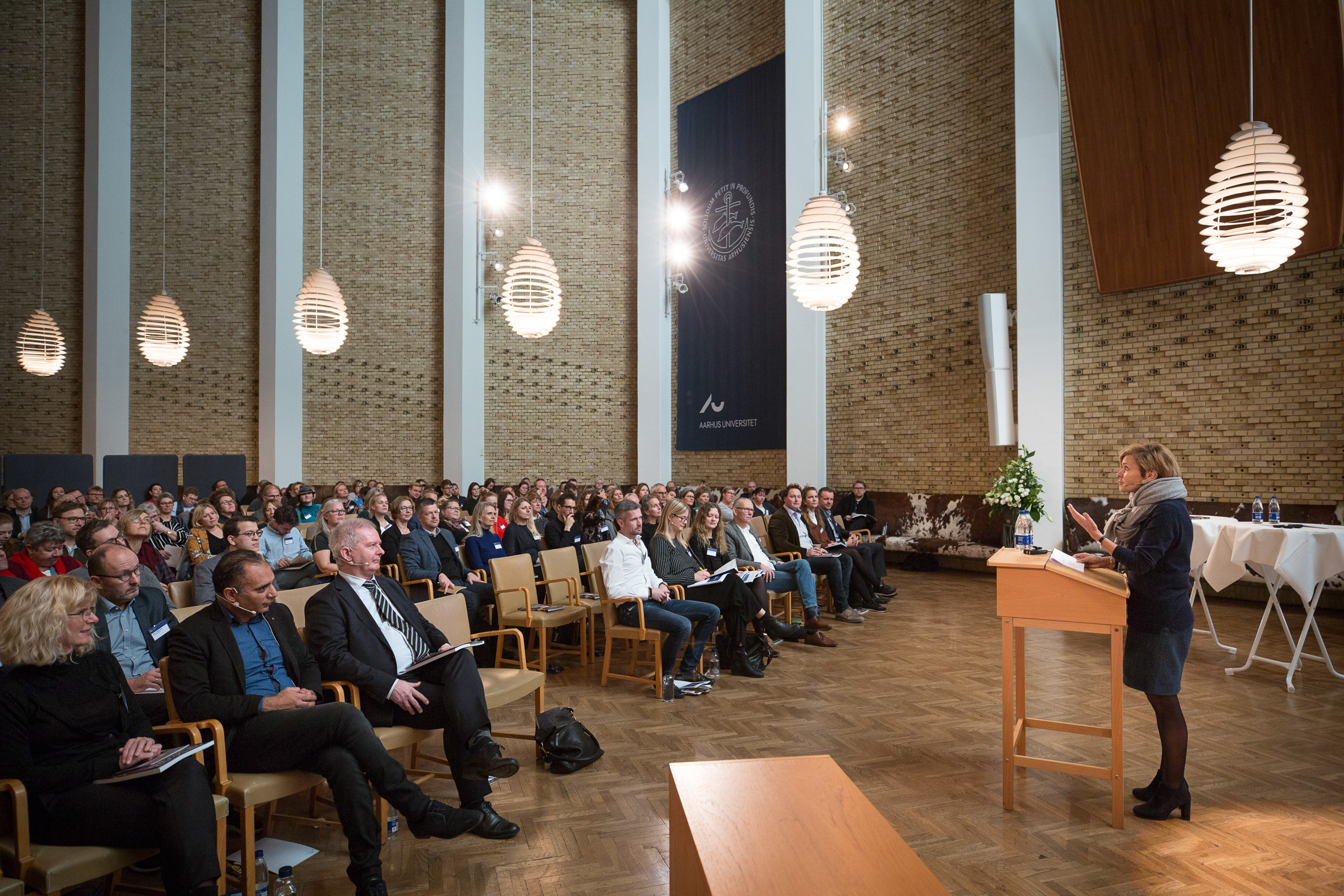 The preliminary effects of European Capital of Culture Aarhus 2017 was revealed at rethinkIMPACTS' conference at Aarhus University on December 10th. Amonst the speakers were also the Danish Minister of Culture, Mette Bock. Photo: Lars Kruse.

The collaboration between Central Denmark Region, the 19 municipalities and cultural actors which is today European Region of Culture is highlighted as the special DNA of the cultural year and one of its greatest outputs in Aarhus University's evaluation of Aarhus 2017.

Besides a well-functioning cross-municipal cultural collaboration, the effects of Aarhus 2017 also counts happy audiences, satisfied sponsors, high visibility, great branding value, a strengthening of the role of culture in the region, active citizenship through the volunteer program "ReThinkers" and many new relations both regionally and internationally. The long-awaited evaluation of Central Denmark Region's year as European Capital of Culture is produced by the research project rethinkIMPACTS 2017 at Aarhus University and based on five years gathering of an enormous amount of data material, and it is until now the greatest Danish examination of a cultural project of this size.

"The overwhelming results once again confirm that it is important to continue our collaboration in European Region of Culture. At the same time, the evaluation also presents a lot of good experiences we can use in the future development of the collaboration," says chairman of the regional council, Anders Kühnau.

The role of culture is strengthened
The evaluation also shows that the cultural year has not contributed in widening the cultural audience. This experience is now taken into European Region of Culture.

"It is a clear objective for the region to give more people access to cultural experiences, but cultural habits are not something you can change from one day to the other. That is why the evaluation recommends an even greater focus on thinking about culture in a more collective and long-term perspective. And this is exactly the core of European Region of Culture," says Anders Kühnau. He emphasizes that the evaluation reveals a strong foundation for the future work. 90 % of the Aarhus 2017-audience had a positive experience, a third of the cultural institutions assess that they reached new audiences and the project reached a great visibility and high level of knowledge.

The examination also shows that 80 % of the programme was produced by other actors than the Aarhus 2017 Foundation, primarily local cultural institutions and artists. Through this, the project contributed in branding and upgrading the participating cultural actors, and the citizens of Central Denmark Region increasingly experience the region as "an interesting place of culture".

"The effects speak for themselves. Together, we can achieve much more than each municipality can individually. The evaluation is a great foundation for continuous development of European Region of Culture," says chairman of the Municipality Contact Council in Central Denmark and mayor of Randers Municipality, Torben Hansen.